Scouts photos including in the Rectory garden having won the district flag 1930’s? and newspaper reports: (File 2)

Miss Avis Marsh started a Scout group at Cawston in 1932.

Born in Southampton, Miss Marsh moved to Norfolk when her father became Rector at Cawston, her 55 years with the Scouts began in 1914 when she became Scoutmaster at Aylsham, running the troop for nearly 20 years. She started a Scout group at Cawston In 1932 and formed a troop at Roughton when she moved to West Runton a year later.

Miss Marsh was awarded the Medal of Merit in 1932, the Silver Acorn in 1955 and the Silver Wolf in 1961, the highest Scout award presented.

THE DISPUTE OVER THE SCOUT'S HUT

In the E.D.P. was a report, that the hut used by the scouts for about 70 years, that is wrong, no hut was there at that time. Scouts yes, and a time before that. I joined the 1st Cawston Scout Group in March 1920, as a Wolf Cub, then in the Scouts four years later. Our meeting place was a small room, next to the rectory little kitchen, it had a floor like you would find in a stable, was hardly room to move, then later on, the Rev. T.H. Marsh let us have some buildings at the bottom of the rectory property, backing on to Goose pie Lane. We cleaned all the muck out, and M.D. Howard and Son did all the work on it, and made us a good room.

We got up a concert to raise funds to pay for it, we had two nights, had a full house each time, tickets cost 9 pence and 6 pence. Got enough to pay for it. We also did the same show at Holt, Reepham and Salle.

A Miss Chamber, from West Runton, did some charcoal drawings on the walls. I was a senior scout and helped Rev. Haylock of Booton and Brandiston to run Booton scouts until he moved away, the helper, the late Tom Sayer.

Taken from the Parish magazine September 1999. 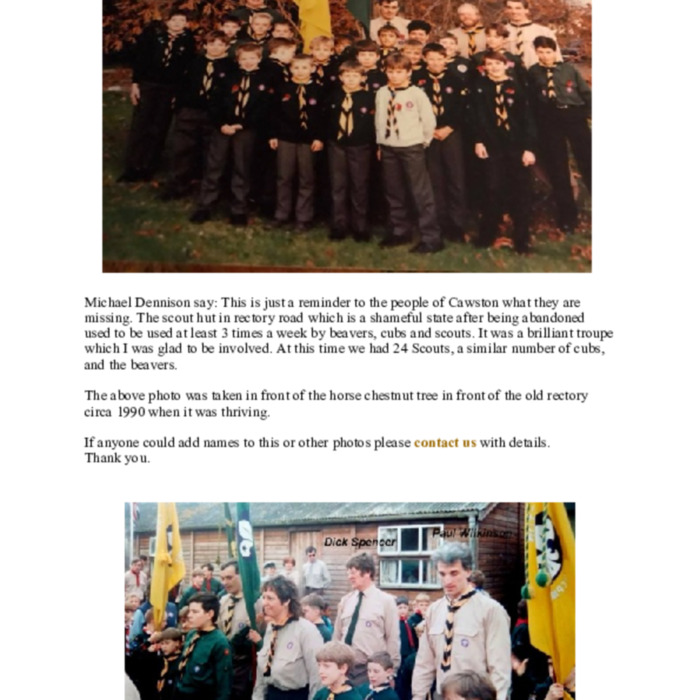 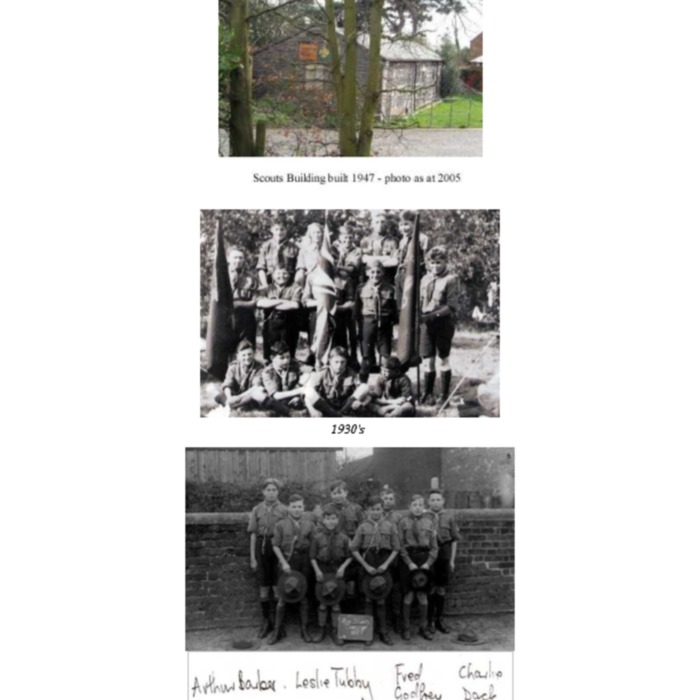 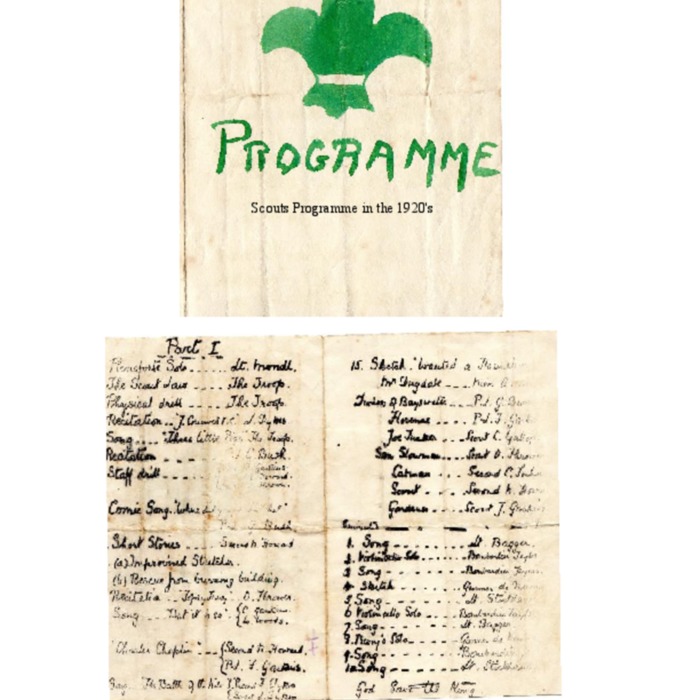 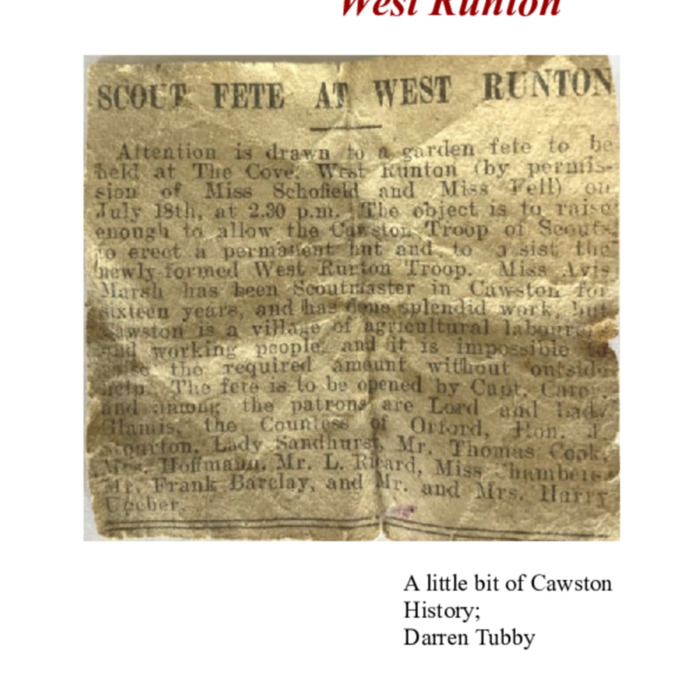